First Hydrogen’s two demonstrator vehicles will be undergoing customer trials on public roads commencing  January 2023 for a period of 24 months during which the Company expects to collect significant proprietary  data from fleet owners and to capture high-level interest for future orders. The vans will be trialled in real world conditions with major fleet operators initially in the UK and enable the Company to publicly showcase  its leading design and accelerate the adoption by light commercial vehicle owners of fuel cell-powered vehicles  to replace aging diesel fleets. A total of 14 fleet operators in various industries including telecoms, utilities,  infrastructure, delivery, grocery and healthcare have signed up to participate in the trials.

First Hydrogen is also working in parallel to arrange green hydrogen generation and distribution under its “Hydrogen as a Service” (HASS) program to provide a holistic solution to the market. First Hydrogen’s plans  are underway in the UK, Europe, and North America to provide this solution. The North American focus will  initially be on Canada with its enormous resources of renewable energy (hydropower, solar and wind) that can  be used to produce green hydrogen yielding no carbon emissions. Canada has identified the domestic  deployment of hydrogen as a key to meeting its climate change commitments. On July 6, 2022, the Canadian  government released its Clean Fuel Standard, which will aim to reduce greenhouse gas emissions and  accelerate the use of clean technologies and fuels. It was followed up with an announcement of funding for  Medium-and-Heavy-Duty Zero-Emission Vehicles (the iMHZEV program will provide $547.5M of funding  over four years). This new policy commitment will aid in creating new demand for commercial vehicles using  green hydrogen.

Balraj Mann, CEO of First Hydrogen, says, “The announcement by Minister Freedland builds on the  hydrogen alliance, announced in August 2022, with Germany. The combination of tax incentives and  renewable energy resources available in Canada will help the country achieve its goal of net-zero emissions.”

Rob Campbell, CEO of First Hydrogen Energy, says, “This announcement supporting clean energy and  green hydrogen production shows the overall momentum to scale up the Canadian clean tech industry. It has  come only weeks after the bold action by the United States with the IRA and just prior to the important COP27  conference in Egypt. These initiatives are totally in step with our plans to develop green hydrogen eco-systems  to Canada.”

First Hydrogen Corp. is a Vancouver and London UK-based company focused on zero-emission vehicles,  green hydrogen production and distribution and supercritical carbon dioxide extractor systems. The Company is designing and building hydrogen-fuel-cell-powered light commercial demonstrator vehicles (“LCV”) under  two agreements with AVL Powertrain and Ballard Power Systems Inc. The LCV will have a range of 500+  kilometres. At the same time, the company has launched its bespoke vehicle design phase which will develop  its fleet of proprietary zero-emission vehicles. First Hydrogen is also developing refueling capability working  with FEV Consulting GmbH, the automotive consultancy of FEV Group of Aachen Germany. The Company  is also pursuing opportunities in green hydrogen production and distribution in the UK, EU and North  America. 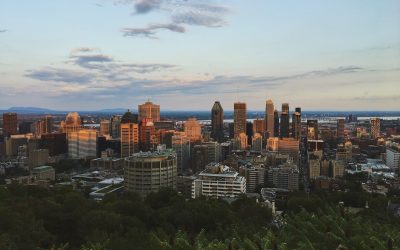 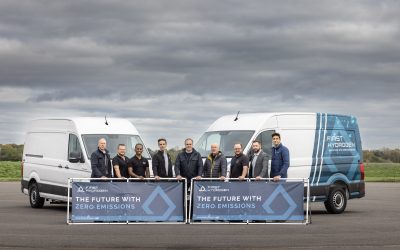